I'm not getting Married 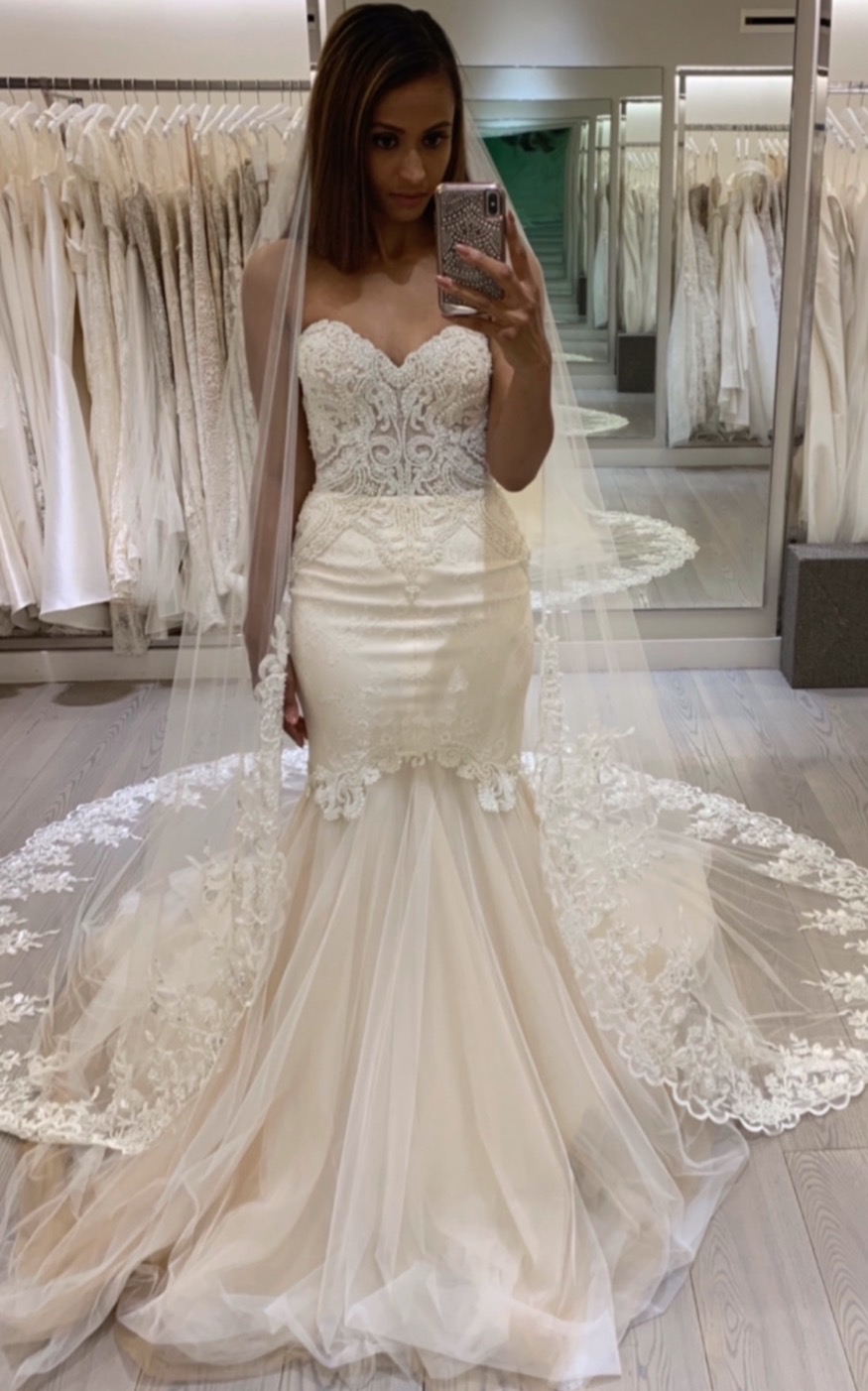 Hey Everybody! It's Valentine's Day. This day creates excitement for some and anxiety for others. If you do not have someone special to share this day with, remember God is Jehovah Shalom, Jehovah Raffa, and Jehovah Valentine lol. I hope you laughed because I am cracking up. It is just a day. Do not allow it to consume you. For some, being single and alone on Valentine's Day feels like the end of the world. When you're married, it is just another day where you are praying you do not have to spend any extra money. The day is over-commercialized. We're over it.

"I'm not getting married" is a statement that many of us have proclaimed out of the bitterness of our soul. There is a level of hurt, pain, and trauma that can cause even the most optimistic person to utter these four words. Certain types of trickery, usury, and abuse can be so heart-shattering that it will force you to decide to verbally forfeit what is for you.

Recollecting on my childhood, I remember playing house with my baby doll and easy bake oven. I would talk to an imaginary husband and nurse my cabbage patch doll. Why? Because I was born to be a wife and mother. At four years old, I almost gave my mother a heart attack. I lifted my newborn brother out of his bassinet to console his cry because she was tending to the toilet lol. To this day, I still treat him like I am his mother, and he's nearly thirty. These nurturing responses were not the result of forced gender expression. Growing up, my parents allowed me the freedom to play with dolls and climb trees. This nurturing response was innate.

As children, there is a purity in our outlook on love and marriage. We picture our future blissful. In adolescence, some of our first visions of "black love" were reinforced through the positive depictions on television series such as "A Different World, The Cosby Show, and Martin." Dreams of a functional family unit filled with love, joy, and laughter were the norm. However, as some of us aged, life began to deviate from our sitcom-driven understanding and create a new outlook on romance. Unlike television, our real-world experiences exposed the damaging and devastating moments of love and marriage not televised.

One’s presence in your life must make sense…...

I have never been the type of woman to date to date. My motto has been, "one's presence in my life must make sense." Contrary to rumors, I have only been in four relationships and can count on one hand how many sexual partners that I have had. Each romantic relationship has been serious and directed towards marriage. Even though so little people have had access to me, each experience gradually changed my love lens and desire to be married. The toxicity of bad relationships has the power and potential to deter you from ever dating again if you permit it.

I am engaged to be married to Apostle, Pastor, Writer, and Singer, Bryan Andrew Wilson. Many people have been extremely invasive because I opted against revealing it sooner. I reveal pieces of my life at my pace. Furthermore, as you read in my last blog entry, public figures must implement boundaries to protect their relationships. People will sabotage your happiness with seeds if you reveal too much information too soon. He is the best thing that has ever happened to me. I am by far the happiest that I have ever been in a relationship. Our union is the epitome of a divine connection. We preach together. We pray together. We prophesy together. We constantly laugh together. We never argue or raise our voices at each other. God gave me my perfect match.

I almost missed divine purpose being adamant about being single due to the trauma of my past….

When my fiancé met me, the lens I viewed love and marriage through, was jaded. My mind was made up. I planned on remaining single for the rest of my life. After everything it took to reach a place of full deliverance and restoration, I did not want to take the chance of falling into another trap. My response to every man that tried to pursue me was, "I don't date to date, and I'm not getting married; therefore, there's no point in communicating with you on a romantic level." This response wasn't a defense mechanism. It was self-preservation and survival.

Dysfunctional relationships have the power to pull the worst out of you. That is why you must guard your heart. I concluded that my days of dating were over the day that I was headed to my ex's weekday service to publicly expose his compulsive womanizing to his church congregation! Yes, you heard me correctly. Chile……(pause) the deliverance that has taken place. Fury caused me to forget who I was. My girlfriend had to quickly remind me that I was a public figure, preacher, businesswoman, and a role model. That it wasn't about his reputation. It was about protecting my influence, income, and impact. And most importantly that she could not bail me out of jail if I got arrested. I was so enraged at that moment that I was entirely out of character.

It is easy to read this in judgment and say, "how did she allow him to take her there?" Listen to me. Life will take you to places that you never asked to visit. It will expose internal responses in you that you were unaware existed! There is a type of resentment that will cause you blackout. And all of a sudden, your hand is bleeding, and you have no recollection of what happened. I know you think I'm crazy. Honestly, at that point, I may have been crazy. Unbeknownst to me, the unmentionable and unimaginable things that occurred in that relationship ignited a rage in me that was causing me to cross the critical threshold. Making a scene has never been my style. I have always opted to allow the Lord to fight for me: however, at that moment, I was ready to respond in the flesh. Why? Because I was under the bondage of a narcissist with sociopathic tendencies and supernatural abilities. That's for another day and another blog entry, back on topic.

I friend-zoned my fiancé…

When Bryan and I began talking, I could not see our connection moving past friendship. I was dead set against another relationship. I closed my heart. I remember the first day we began communicating. He reached out to me on Instagram. I do not do well with social media. I have hundreds of unanswered messages, but for some reason, his direct message stood out. That Saturday night, we began communicating, and surprisingly we texted until I fell asleep. I enjoyed the conversation but was dead set against anything other than friendship. Remember, there was no point in pursuing a relationship because I was not getting married. The next morning, I woke up and headed to church while simultaneously talking on the phone with my friend, Tonya. Stopped at a traffic light, I had a vision. I saw an engagement ring on my finger. I looked at my hand and said in an unfazed tone, "nope." Tonya said, "no, what?" I replied, "Girl, I just saw an engagement ring on my finger. No, thank you." One year later, the exact engagement ring was on my finger.

I was denying destiny because of past dysfunction…

I was shopping in Neiman Marcus with a Pastor girlfriend of mine. She said, "who just called you?" I said, "My Apostle friend. He has been training me in the prophetic." She replied in her Caribbean accent, "that ain't no trainer. That's an Apostle bae!" I said, "um no. He is not Apostle bae. I'm not getting married and would never date another pastor." She replied, "Tiffany, that man is your husband." I replied adamantly, "He is my friend." It's amazing how we allow our past to define our future. We can be loosed from a person, but still, be tied to the trauma. I was over the man but could not get over the life-shattering offenses. The confession "I'm not getting married" was a declaration of defeat fueled by dysfunction.

Two days later, Bryan and I took a two-day trip to receive the word of the Lord from a senior prophet of God. We laughed, talked and dined nonstop. I was so comfortable around him. By the end of those two days our bond, which was already strong, grew stronger. We stayed up both nights confiding in one another and trading secrets. By the end of the trip, I felt an overwhelming love for him. We were driving to the airport, and I touched his hand and began to prophesy to him. One of the things that I shared with him was that the Lord was sending him someone. It was not revealed to me at that moment that I was the woman he was sending. As we traveled back to our individual homes, our text communication increased dramatically.

The Lord had to take me into another vision for me to change my confession.

Three days later, as we were on facetime discussing the trip suddenly an overwhelming energy overtook us. We were being constrained to shift from a platonic relationship to a romantic relationship. I was still adamant about remaining friends. Bryan said to me "I had a vision about us." I said really share it. He said we were in service and you were holding a child. The child was ours. Ask the Lord about us." I replied, "I do not want to ask because I know he will tell me." I did not want to know because I was dreading starting another relationship. Finally, I went into prayer that afternoon, and while I was between sleep and awake, the Lord took me into a vision.

He showed me a beautiful fair skin young lady I had never seen before. The Lord told me she was from Memphis, Tennessee. He said, "If you do not marry him, she will." I came out of the vision in the middle of the day groggy and confused. That was against the belief system I held regarding marriage. If this vision was accurate, that meant that men could choose their wives. I called Bryan and told him what the Lord said to me. He replied, "You do not know this, but my family is from Memphis." I had a decision to make. Do I miss this divine connection or open up and change my confession? We all know I opted for the latter. It was the best decision I have ever made. 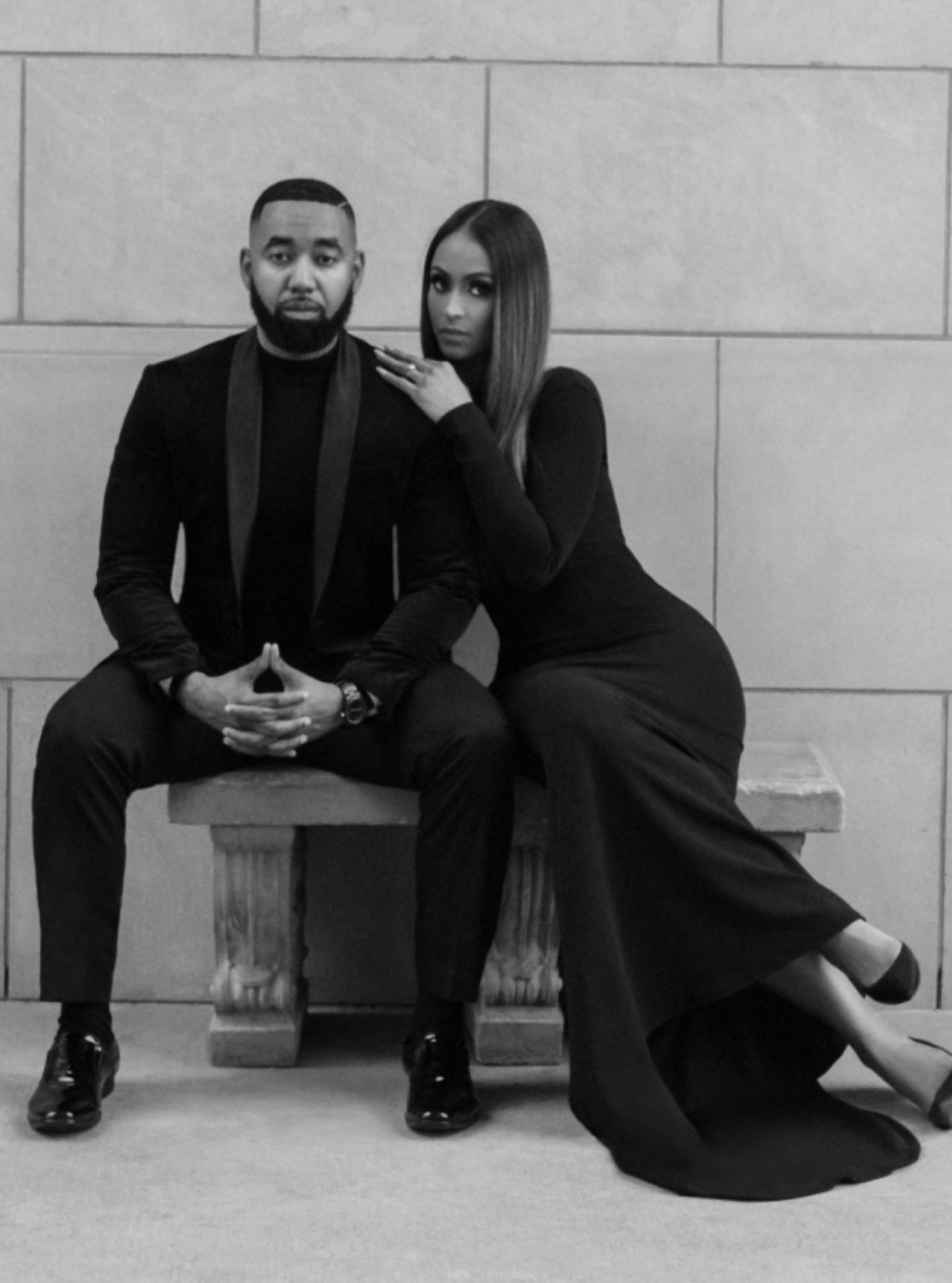 There is a love that will make you forget years of pain. Do not allow trauma to rob you of the divine covenant that has been promised to you. Guard your heart without closing it down. Date with discernment and court with caution. Do not worry about the lost time. God will redeem it.

The Truth About Hidden Figures